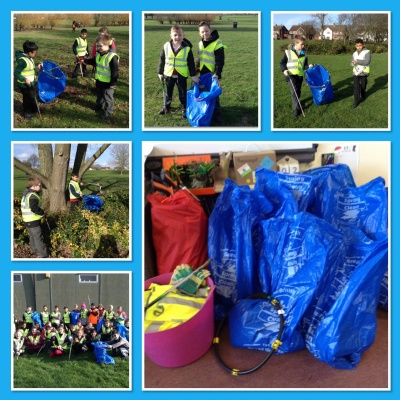 This is a National campaign which is being led by 'Keep Britain Tidy'. The campaign has one simple aim- to join people together from across the country to clear up the litter that surrounds us. The children said that they felt like Velu, the ragpicker, from their India topic class text 'Trash!' They spent the afternoon in the sunshine in Bowhill Park collecting rubbish and sorting the trash from the litter which could be recycled. Upon our return to school, we had just enough time to litter-pick along the bushes on our school field. 4T did a fantastic job, collected lots of litter and most importantly...helped to Spring clean our local area!