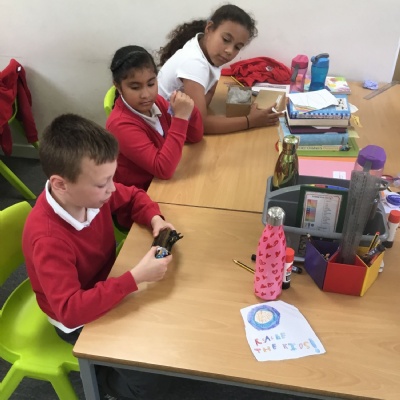 This term in history we have been studying Ancient Egypt. We began by looking at a timeline of the Ancient Egyptian civilisation and we have since spent lessons looking at mummification, Tutankhamun and we even got to look at some artefacts.

We learnt about the process of mummification and who might expect to be mummified. This involved removing all of the internal organs, persevering the body with salt and wrapping the body in linen.

When learning about Tutankhamun, we discovered that he became pharaoh at age nine. He had advisors to help him make decisions to help him run the country. He died when he was eighteen and his tomb was hidden until 1922 when Howard Carter (a British archaeologist) found it. There were 5000 artefacts inside, including Tutankhamun’s famous mask.

It was brilliant to get our hands on some Egyptian artefacts.

Have a look HERE at some photos of our learning.