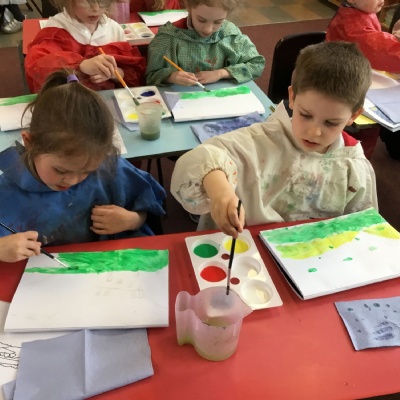 Here are some interesting facts about him:

We created a landscape in the style of Van Gogh and focussed on using thick brush strokes and bright colours. We also wrote about what we like and dislike about his paintings in our sketch books. Take a look at what we have been up to in our GALLERY!