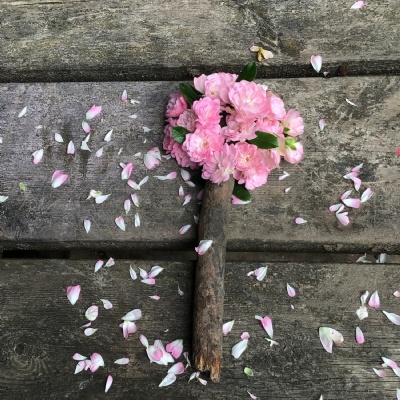 On Tuesday, 4J went in the garden for outdoor learning. Everyone got a bit muddy but had a really fun time.

With Mrs Griffin, we made s ’mores that were super tasty. We toasted two marshmallows on the barbeque and then squished them between some chocolate Digestives. Although the s’ mores were super delicious, they got really messy from the melted marshmallows. Everybody had some time to have free play. In the mud patch, we were making a den/fort with the huge sticks, logs and tyres. The mud kitchen was busy as well as some children were cooking up a mud meal with mud and water. Everyone had a go on the rope swing swinging up and down while sitting or standing. On the music wall, all the different instruments were being played making a loud sound. Some children were playing a game on the tyres where you had to jump from one to another. Some people played the horseshoe game where there is a pole and you throw all the different sizes of horseshoes onto it. With Miss Jewell, we collected some nature in the garden such as flowers, leaves, stones and twigs to create a piece of artwork. Some people made a flower bouquet or an animal and others made something like a house or a person.

Overall, I think everybody had a great time on Tuesday morning all thanks to Mrs Griffin. The Dragonflies garden is wonderful to see little creatures and amazing for having an amazing time!