The Theory of Evolution! 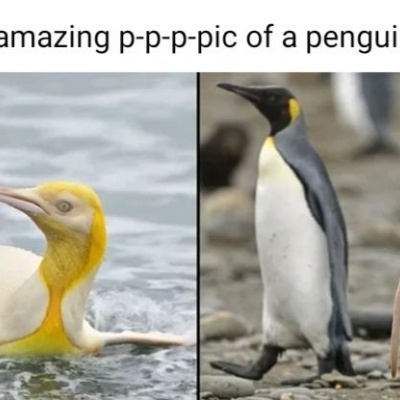 During recent remote science lessons, Year 6 have been learning about The Theory of Evolution. Charles Darwin first formulated his theories in his book ‘On The Origin of Species’ based on his observations of animals.

Year 6 have learnt that variation occurs in offspring – living things do not look identical to their parents. This is because genetic material from 2 sources has been combined and because of mutation. Mutation refers to random errors during DNA replication. If offspring are going to be identical to one of their parents, they would need to have the same genes in the same order. This is essentially a clone but we know that this doesn’t happen.

The thinking and reasoning behind the theory is that these variations in offspring can be advantageous for survival. For example, a mutation, a long time ago, may have been that a penguin was born with black feathers on its back – this helped the penguin survive in its cold environment because black feathers absorb sunlight and heat. Because the variation helped the penguin to survive, it survived and passed on this variation to its offspring. Given enough time, after many future generations, every penguin could have this variation. It is no longer variation but evolution. Variation does not always occur as a drastic change or mutation – often advantageous variations are passed on and become gradually more profound over time. For example, giraffes with longer necks were more likely to survive. Over time, this variation is passed on and the length of giraffe’s necks became gradually longer within each generation over time until they have eventually reached the length that they are today.

We have been introduced to some key terms during our remote lessons:

Microevolution – small changes in a species over the course of several generations e.g. an animal may change size or colour or certain limbs may become longer or shorter.

Natural selection – often referred to as the survival of the fittest. This means that animals who are best adapted and able to survive will survive and pass on their characteristics to offspring.

Whilst we are talking about The Theory of Evolution, did anyone see the incredible yellow penguin that has recently been photographed? It’s a great example of genetic mutation. Will this help the penguin survive and pass on this characteristic? Could this be the first penguin of many and could every penguin in a thousand years be yellow? Fascinating to think about and see genetic mutation in action! See the image below.

Here are some Year 6 views and opinions about our learning on The Theory of Evolution: