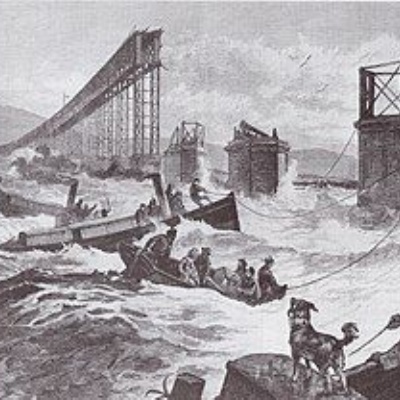 In English this term we have been writing accident reports about the Tay Bridge disaster of 1879.  We had a day to plan it, which involved deciding what each paragraph would describe.

On the next day, we began writing our first paragraph which described the scene of 28th December 1879.  After that, we moved into the second paragraph, in which we were describing the disaster- how and why the Tay Bridge fell.  The third paragraph explained what could be seen and heard by the people who were there on that day.  In the final paragraph, we wrote about what happened the next day, when it was discovered that seventy-two people had sadly died in the accident. Overall writing the accident report was interesting even though it was sad and the tragic event that should never have happened.

Next, we are moving on to a new book called Cogheart by Peter Bunzl, which we are sure is going to be very exciting!!