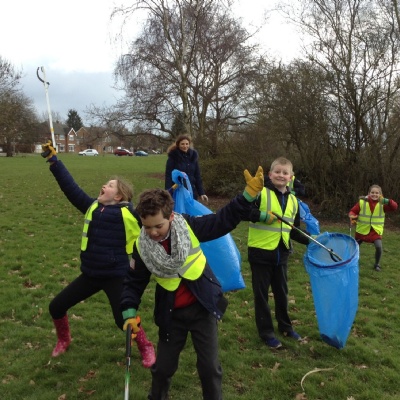 On Monday, (A few weeks ago) Year 5 went to Bowhill to litter pick.

We went litter picking for half an hour and collected loads of recyclables which had been disposed of in bushes and in the grass.

We found lots of glass in big bushes and food that had been thrown away.

We also found cigarette butts which people had dropped and littered around everywhere.

People took turns with the litter pickers and holding the bags with the disposed of litter in them.

It was fun and most of us enjoyed doing it and taking turns to hold the bags and litter pick at the same time.  it also started snowing!

Lots of people were collecting rubbish from big bushes and some people went inside the bushes!  See our photos here